gabri moroni _ coup de grace 9a from rivoli on Vimeo.

Coup de Grace!!!
What a beautiful name for a more beautiful piece of rock!
If you don't know the little story about this route I will try to tell you in a few words.
Dave Graham found and bolted this line on the steepest face of a massive boulder, lost in the beautiful Valle Bavona,Ticino,Switzerland! It was a rainy day in the May of 2005...
He started working on this crazy route as soon as it got dry but it soon became too warm for some real attempts and after 6 or 7 days on it he also got a finger injury!
He came back in the fall and after some more days of work he made the first to send giving the personal grade of 9a+!
Coup de Grace shortly became an iconic piece of rock thanks to the climbing movies Dosage III and IV where you can see Dave working on the route first, then climbing on it for the first to send! 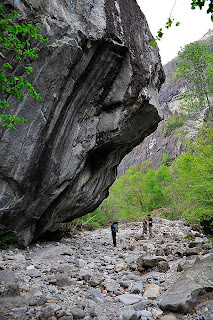 I've always been inspired by this route since I watched the video, plus I remember once in Ceuse i was chatting with Dave himself and said me that I would have liked the route... bouldery,slopey,granite,not too long and not too short!Just perfect!
But from the video Coup de Grace looked pretty intimidating so I didn't get to try it untill this year!

Even this year it has been totally casual! Bouldering in Ticino was getting warm and we decided to drive for the first time to the Val Bavona to check out the endless potential of bouldering in the valley.
I decided it was a good day to have a look at the route too. That day I only made one attempt to see how the moves felt like. I was able to do all the moves pretty quickly except for the first boulder that looked impossible at first...
Second day was a couple of days after the World Cup in Milano; I had another couple of working sessions and I finally found a goot way to do the first boulder! Dave's beta was too weird and condition dependant so my new beta was definitely the best for me... more powerful,dynamic and with a very tricky heel placement, perfect for my size and actually a bit easier. I think it could be graded 8a bloc if it would be on a boulder! 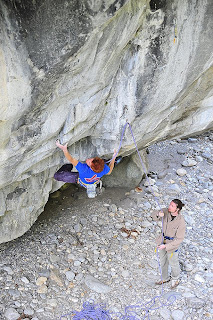 Already from the second day I was sure I could send it very quickly... days were getting warmer and I could try to give some good attempts only in the afternoon when the temps dropped off but before the evening humid arrived... what a pressure!!
But since I learnt to deal very well with the pressure in these last months I was taking it easy and be confident! I think this has been the key of such a fast success! 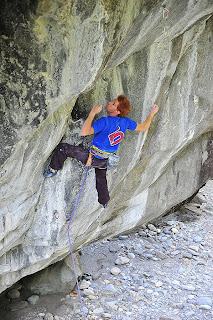 After another few days of tries during the last week, on tuesday we drove one more time to Sonlerto. I was feeling strong and relaxed... even if I knew very well I only had two days before one expected week of rain came and the season was coming to an end!
First day I climbed perfectly all the way till the last move where I fell completely pumped but still confident for the next day. 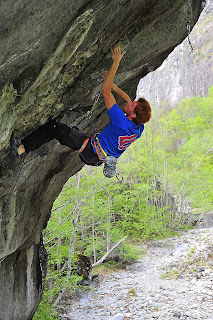 Next day conditions were much better, I also felt much better on the warmup. I kept the syke high and on my first attempt of the day I smoothly climbed again till the last move... but this time pump left me giving the last slap,doing the dropknee and getting the "thank god" jug at the end of the hard sequence!!! From there I rested as much as I needed and climbed all the way to the top of the huge boulder!
What a beautiful feeling one more time... On the top of the boulder I felt exactly like Dave in Dosage IV!... Just in time! And after only 12tries! 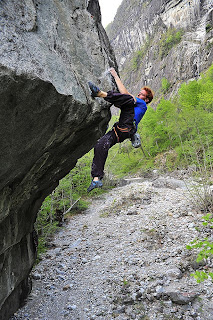 About the grade: I try to give my onest opinion; 9a+ seems a bit esagerated with the new beta for the start. Dave's beta for the start is so hard that I might fall there forever...8b bloc for sure. My beta is more simple and better for a gym climber, powerful dynamic with a huge span move. If I want to use maths it is an 8a bloc to an 8c/c+ route with a not so bad rest before the last 15moves sequence. Result is for me 9a!...

I want to say a huge thanks to all the friends who supported me on this crazy experience: Pellet,Nicky,Max,Dani,Simo,Pik,and Nico! GRAZIE REGIS!

PHOTOS by Nicolò Venturin Chabloz©
If you are interested contact him at nicoventurin@hotmail.com
Pubblicato da Gabriele Moroni a 15:53 4 commenti:

Hey everybody!
Spring is finally here and Ticino season is definitely over... I left many projects undone and I can't wait for the next season!
Last weeks in Ticino have been very warm so I moved higher(Magic Wood) or I rope climbed a couple of times!
During my rope climbing days I had the chance to climb two of the best 8b's I've ever done!
Pappataci in Arco 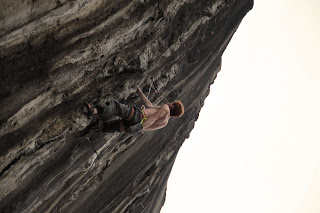 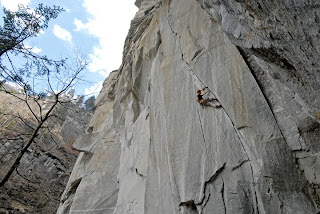 I also checked out Sonlerto a nice little area in the Val Bavona. Not many boulders but all good quality!
I was very interested to try Dave's Coup de Grace to see if it could be a possible project for the near future! Except for the first hard boulder(8b bloc) that needs some more work and better conditions, I did all the other sequences very well so I'm pretty psyched to try seriously next fall!

Lately I have been training alot as well. I'm preparing for the first stage of the Bouldering World Cup in Milano coming in two weekends... it's going to be the first WC comp near home and many friends are coming to support me!
After the finals on saturday the 16th there will be a great afterparty in one of the best Discos in Milano so it's better to start getting syked!
Check it out: 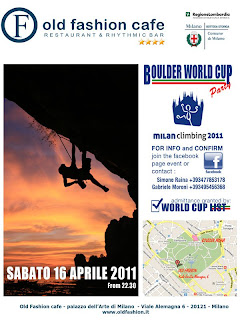