Hey everybody!
Just a quick post about my last trip!

I just got back from a great trip in the beautiful Catalunya region of Spain. I spent two weeks touring and climbing in different areas such as Oliana(first time I visited this place),Siurana,Margalef and Tres Ponts for one day!
Before leaving to Spain the weather has been totally crap so I've been training a bit in various gyms of Northern Italy to get some endurance and fitness for my trips and projects close to home. I've been climbing mostly routes in the gym plus one or two power sessions every week. 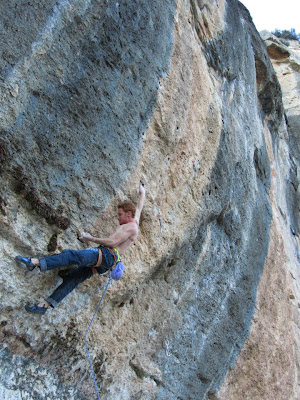 
I left for this trip without any goals or big ambitions but I took it as a kind of test of my form after the training period.
First week in Catalunya has been hard due to the fatigue of training but slowly I felt I was getting in a decent shape and started to climb well.
My big motivation for this trip has been the Oliana crag so we spent the second week mainly there... I had never been there before and the first day I was a bit intimidated... A huge wall, routes twice or three times longer than the usual routes I've used to climb on and many many strong climbers doing super hard stuffs! Average of the climbing level was 8c+ or 9a for the men and 8b+ or 8c for the women... crazy! 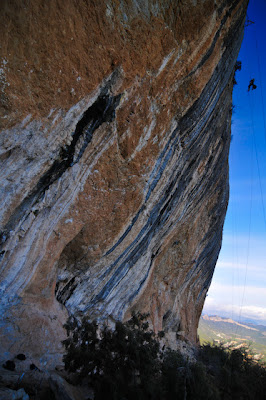 
After a couple of days at the crag I got into the climbing style and started to feel less pumped and less intimidated! I climbed some beautiful routes as well! Paper Mullat (8b+/c 45m),Los Humildes pa Casa (8b+ 50m) and Mind Control (8c+ 50m) are some of the best routes I've climbed in this style... My Anti Style I would say and personally they worth more than many 8c's or 8c+'s I climbed in other crags!!...

Now I'm back at home and the weather looks more stable so it's time to back to my unfinished business in Cornalba and see if the training will pay off!