Last couple of weeks I was in Trento climbing in the beautiful crags of the area!
I left home with one route in the head. I bolted this beautiful line during a few days last spring and called it Bella Regis!...
The rock formation is one of the most impressive I've ever seen, a huge roof prow and the route follows exactly the arete line with no possibility to go right or left!
When I bolted it I hoped there were enough features to climb it and I hoped to find a next level route...
After a few goes to clean and put chalk on it I figured out the moves and I realized the route would have not been that hard... well very difficult but actually not in the 9th grade... little shame but the route remains one of the best lines I've seen around and I'm very proud it is one my creature!!
I tried Bella Regis a couple of days after I bolted it, a couple of days this summer after the World Champs in Arco in the heat and finally I sent this season with decent conditions!
So psyched the process is over! From visualizing the line (impossible not to notice it though) passing from bolting,cleaning,put some efforts and finally do the first ascent!!... I think the grade is around 8c+ but as always I wait for a repetition to confirm the grade!! 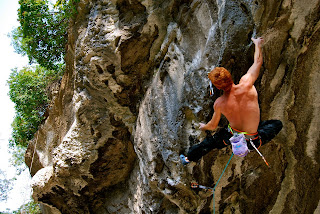 During the last days in Trento I bolted a new king line just left of my last year's route Il Frutto del Diavolo but I didn't have the chance to try it yet! But It looks hard, especially the upper wall where you have to climb a few meters with only a slopey undercut,a bad edge,a shallow annular(for me)mono, a bad tufa pinch and very little bad footholds...
I also left one project I was pretty close... something very bouldery and hard! I hope to finish it in november if it doesn't get too cold...

But first I'm going to CHINA for the annual Petzl Roctrip in Getu Valley!!
It will be the first Petzl Roctrip of my life and I have no doubt it's going to be a great experience!! Fast trip but it will be worth it...
Can't wait to be under the big arch!!! 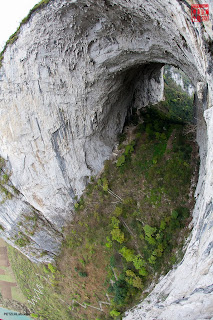 Hey everybody!
Sorry for the lack of updates but during september I've been on the road alot!
First in Finale Ligure where I've been routesetting for the Finale For Nepal bouldering competition...3 days of hard work in the heat but it was well worth it! The comp was a great success and everybody liked our boulder problems!...
Then in the great Frankenjura! My favoutite place in the world! Since I did Action Directe I've been only another couple of times, once shooting fot the AD video and another time a few days this summer in heinous conditions, hot muggy and full of mosquitos...
This was the first time I left Italy without a real project, only a few routes in mind I wanted to try!
We got there and first day we decided to climb in the classic Krottensee Turm sector. And of course the first route you see coming from the parking lot is Wallstreet!
Wallstreet is the first 8c in the world climbed of course by Wolfgang Gullich in 1987... my same year of birth...good coincidence!
So Wallstreet immediately got into my list of projects for this trip!
The project didn't seem to last too much in fact from my second go I fell on the last hard move... but I keep falling here on the same move over and over(5 or 6 times) and the route soon becomes a mini epic!
After one rest day of rain I decided it was time to step it up and on my last possible attempt of the day, just before the dark I sent the route!! Epic was over and Wallstreet has became one of my all time favourite 8c's!! Thanks again WG for the amazing routes you put up in the past!
After completing Wallstreet I chose not have other multiple day projects but rather some daily ones.
During the rest of the trip I climbed another couple of routes that were in my "to do" list:
- Stonelove 8b+ a very classic Jerry Moffat route climbed in the 1988
- Armstrong 8c very short route by Markus Bock with a hard mono move... I tried this route in the past years but I thought I couldn't do it due to this tiny mono I couldn't pull and fit properly with the index nor the annular... but this time I could do the move with the annular and nothing stopped me to finish it! 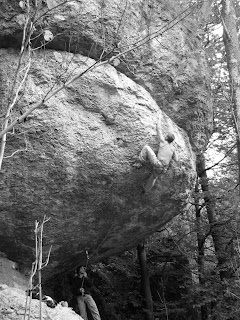 Before Frankenjura I spent some days in a beautiful and unknown crag near Lecco called Esino. The climbing here is beautiful and the routes suit perfectly my style. Not too long,bouldery and complex.
To get in the style of the crag I started climbing the already estabilished routes... after those I tried a couple of projects! One I could climb it in a day, in a few tries at around 8b+!
The other one was harder and I spent a couple of sessions to find the right beta for the crux. This project is called Pizza Connection and it is basically the logical link up of two already existent 8b's with a hard sequence to connect them togheter...
A couple of days after Frankenjura I came back to Esino and after a few more tries with one finished at the last move(Again!!...) I sent the route! Psyched!
Here is the list of the routes I climbed in Esino this season:
- Dirty dancing 8b 2nd ascent
- Moby Dick 8b 2nd ascent
- Take it easy 8b
- Asado 8b 2nd ascent
- La grande illusione 8b 2nd ascent
- Questione di feeling 8b+ 1st ascent
- Pizza Connection 8c 1st ascent (photo by Luca Passini) 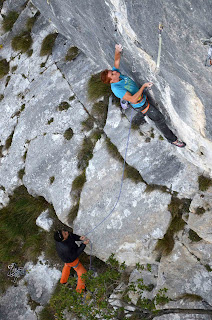 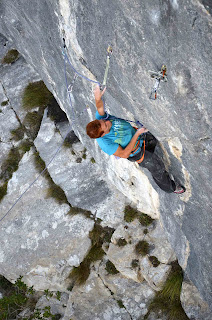 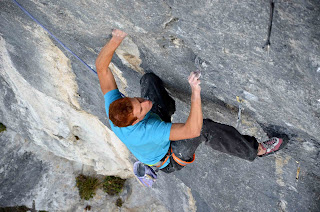 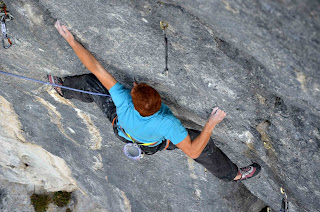 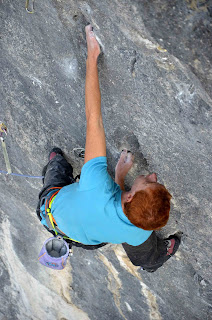 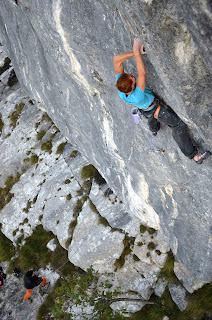