Here are the links of a couple of interviews you can find on the web!

The first is from the famous website Planetmountain. Just a few questions about the Spain trip in a double interview togheter with Silvio! Unfortunately it is only in italian...
Gabriele Moroni e Silvio Reffo e il loro No Siesta Spain Trip 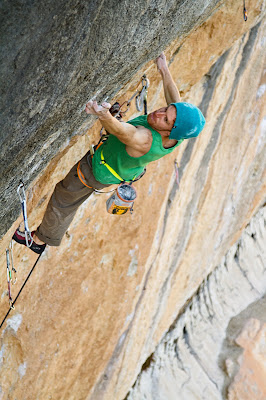 The other one is from my friend Colette McInerney for her Five Ten blog! It is not the common interview but something a bit different with some funny questions(and answers)!
Colette McInerney - Take Five with 5.10 Athlete Gabri Moroni 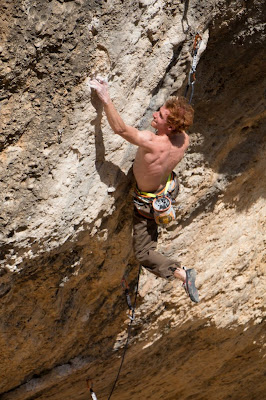 Talking about the present I just finished my training plan and I'm ready for some rest and hopefully getting in good shape soon!
Let's see if the training will pay off...
On april 10th I'm headed to the Frankenjura for a couple of weeks! I have many projects from last year... and certainly I will find some new ones!!
Right after Frankenjura I will take part at the annual event Melloblocco that this year will last 10days.We will see if we can try the comp problems in decent conditions some days... If not, it will be party a muerte like every year!
Last but not least on june 10th I'm going to Brazil for a month!! I'm really excited for this trip! I'm going with some good french friends, Enzo Oddo,Seb Bouin and the trip organizer Francisco Taranto Jr. who will take photos and videos!
Our plan is climbing in the beautiful brazilian crags, repeating and establishing the hardest routes in the country, trying to open some new routes on bigger walls and enjoying the brazilian culture!
Can't wait!

Hey everybody!
One month has already passed since I came back from Spain... time goes fast and I really miss the good times spent with Silvio and Mauro...

After I got back from the trip I took a week of rest. I really needed it especially after two months of non stop climbing. Good for the body,the fingers and especially for the head!
Once I felt recovered I planned a little training plan for the next couple of months! In my training plan I put a little bit of everything but especially power training! That means weights,bouldering,fingerboarding, two/three double sessions per week and for sure some rock climbing sessions as well! 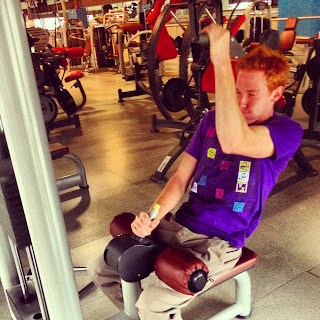 I hope it will work since I'd like to get in good shape for my planned trip in the Frankenjura this spring... We will see...

This last week was an active rest week from training!
I spent a few days in Arco with Silvio visiting friends and checking out some new stuffs my friend Markus Bock bolted in this place called Nago. I met Markus and he showed me the new routes he just opened and the projects he is trying! 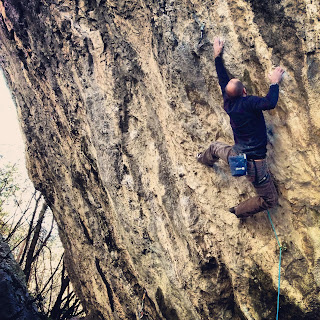 Markus Bock on his new 8c in Nago! 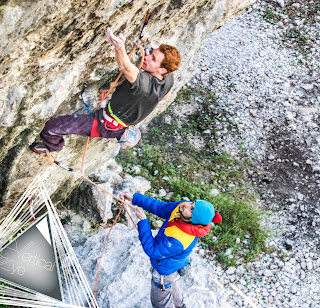 Beatiful route but due to the heavy rains of this last period still a bit wet. Once fully cleaned and dry it is destinated to become a new classic at about 8a+/b! 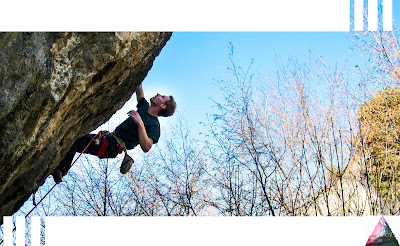 The next couple of days we tried Bucking Bronco, another great rig Markus just opened on a big boulder below the classic sector of Nago and proposed 8c+ for it! 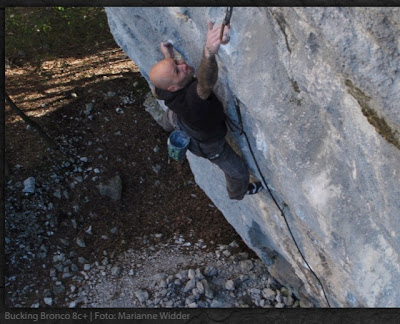 Bucking Bronco looks like a Frankenjura route, short,bouldery with some small holds, bad pinches and some hard clips!
After some serious working and micro beta adjustments,on the first try of the third day on it everything went right and I got the second ascent of this new gem! Psyched!
Silvio was super close and fell several times at the last hard move of the crux! Next time!
I want to thank Markus for bringing his FJ's vision in Arco where the potential for this kind of routes is very big. All the new stuffs he bolted in Nago are real gems and I can't wait to go back to try the new ones!

Saturday I spent a couple days in Chironico with the idea of bolting a new short route. We got there and everything was pretty soaked. I lowered down to check if there were holds on the face and I realized it might go... or at least it looks like there are enough features for a possible route! Since the rock was really wet I decided to postpone the bolting and wait for another more dry day.
Almost all the boulders were wet so I went to see if the route K-19 was dry...
K-19 is an amazing route on a huge boulder in the sector Nivo in Chironico. The line follows a perfect steep arete for about 20meters. I don't know who bolted it but I know the Ticino local climber Nicola Vonarburg got the first to send last year and proposed the 8c grade. 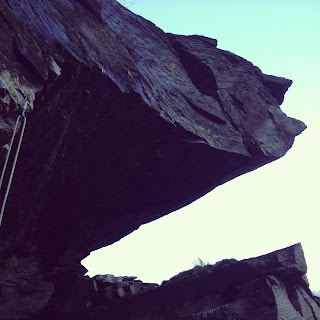 The perfect arete of K-19

Luckily the route was completely dry and I thought it was a good idea to give some attempts. I tried the route already a couple of times last year and got close to send it.
To my surprise the route was not only dry but the friction was pretty good too! I gave a working go and felt good on the sequences. The route consists in a 7a intro to a rest. Then a 10moves crux sequence on crimps at about 7c boulder till a good but awkward rest in the roof. From here the final part of the climb gets physical and pumpy on slopey holds and bad feet. I think the outro could be around 8a+...
Next try went well but I fell in the middle of the crux. I had too much confidence on a move and missed the next hold...ouch!
The following try was good and I could get through the crux. I struggled a little on the last pumpy part but I didn't mess up and eventually sent the route for its second ascent!
I wish there would be more granite routes like this...
K-19 was my 70th route above 8c!! Hopefully I can get to 100 before the end of the year... A ver!...

Now it's time to get serious again and hit the gym for another two weeks of hard training!
Pubblicato da Gabriele Moroni a 01:32 1 commento: